Palace of the Blue Butterfly | Episode 9 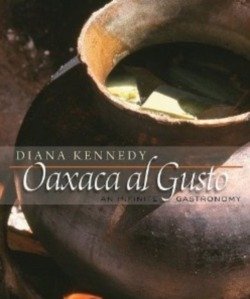 Today I’m going to show you a little You Tube video of the famous chef and — what can I call her? — the great food historian Diana Kennedy. You’ll be reading a lot about her. She was just given the James Beard Award for the best cookbook of the year for Oaxaca al Gusto.

The You Tube is in Spanish and is an interview for the, I guess, Mexican version of the AARP. It would be too tedious for you to read a whole word for word translation, so I’m just going to give you the gist.

I’m showing the Spanish language interview because the production values are the best. In it you can see Diana Kennedy in all her glorious 88 years at her home in Zitacuaro, Mexico. It is there that she gives cooking classes (or used to) and tends her organic garden, something she describes in the You Tube. She says that even though she has no children, she wants to preserve the earth for those generations that come after her. She uses no chemicals in her house, not even detergent for dishes or clothes, only soap made of paste. (Sorry, I don’t really know what she means by that, but I do know that Mexican detergents are very polluting! Maybe ours are, too. I only use Seventh Generation myself.)

Zitacuaro is home to the Monarch Butterfly Sanctuary high in the moutains of Michoacan at ten thousand feet. The story of these delicate creatures’ migration is worthy of its own post. I’ll just show this picture on the right to give you the idea of Diana Kennedy’s whereabouts. 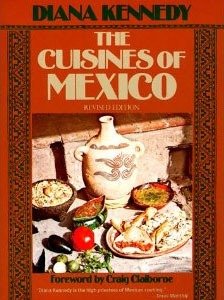 Alas, Michoacan is pretty much ground zero for the drug wars. That’s the other reason I’m showing this particular You Tube video shot, I presume, this year. Mrs. Kennedy seems pretty much like she’s going on with her life, which is what my friends in Morelia, Michoacan tell me they are doing.

What Diana Kennedy is VERY worried about and what she talks about in this video and other videos, as well, is the loss of Mexico’s culinary traditions and local foodstuffs. Recently, the Mexican government has been allowing the importation of things like hibiscus flowers, used for agua de jamaica, from Yemen and chilis from China. This, Kennedy says, will have a disastrous effect on regions of Mexico. As UNESCO just named Mexico’s cuisine one the the world’s heritages, it’s incumbent upon all of us who travel to Mexico to support the local farmers there as we do here. “Mexico must protect this jewel of its culture,” Kennedy says.

But on to the You Tube translation.

“Mexico has taught me so much,” Diana Kennedy says at the beginning of the video. She is called the “Queen of Mexican Cuisine” and when young chefs in Mexico tell her they learned to cook from their grandmothers, she tells them, “Yes well, I was cooking with your grandmother when you were only this high.”

She goes on to talk about leaving England in 1953, of travelling to Haiti where she met her husband, Paul Kennedy, the New York Times correspondent in Mexico and Central America, about travelling throughout the region during the fifties with her husband under extreme conditions. 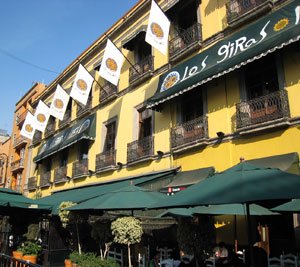 When Paul Kennedy died in the mid sixties, Craig Clairborne, encouraged Diana Kennedy to give cooking classes in New York City, which she did. She travelled in Mexico six months a year, gathering recipes, and those recipes were included in her first cookbook, The Cuisines of Mexico, an absolute classic.

The recent cookbook Oaxaca al Gusto took fourteen years to complete and was eventually published by a university press after the first publisher refused to cooperate with Diana Kennedy’s requirements. She insisted that the recipes include the stories of the people who gave them to her, that the history of the recipes be preserved. She is a force to be reckoned with, and the world is a better place for it.

Another woman who refuses to do what she’s told!! Hooray.

And tonight for dinner, I’m making a special mole amarillo or yellow mole from Oaxaca in honor of Diana Kennedy’s book. I’m using the chilhuacle chilis I grew in my garden last summer. I had to grow them, because you can’t find them in the markets in the states. To use them, dry them for several hours in the oven as chilhuacle chilis are only used dried.

It’s something Lili might be served when she dines at the restaurant on the above right with Gabi and Hanes, don’t you think?